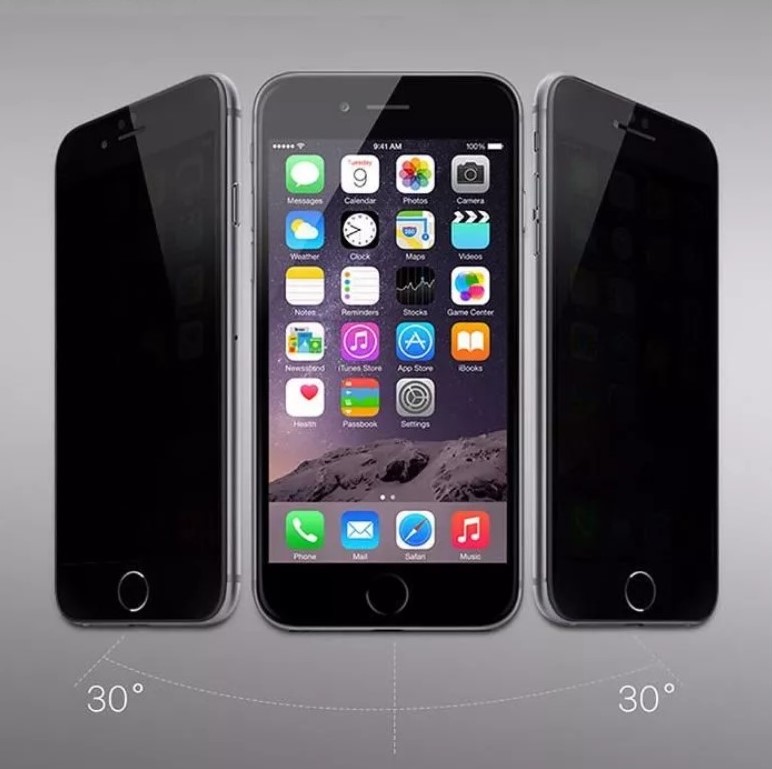 Glasses and films to protect information on the screen

Safety glass is a special, blackout protective accessory that is ideal for all owners of smartphones and tablets who are tired of paying too much attention to their mobile device. Its peculiarity lies in the fact that it will send all information only to the owner of the smartphone, while others will not be able to access this information. This is possible thanks to a special technology. In addition, the glass perfectly protects the display from any damage.

The screen of the smartphone will be visible only at a right angle. Glass has a complex structure, due to which the light propagating horizontally, will be completely cut off. Now, no outsider can see anything but a black screen – the blackout effect really reaches its maximum.

How to choose a protective film or glass

Protective film – a thin coating that protects the screen of a smartphone or tablet from scratches and scuffs. The film is cheaper than protective glass, but wears out much faster. Unlike glass, the film does not save the screen of the device from destruction when it falls.

Safety glass (shockproof) – a more durable coating that is resistant to scratches and other mechanical stress, including drops and bumps. The protective glass does not reduce the image quality, perfectly protects the display from dirt and prevents fingerprints.

The protective glass is thicker than the film, the cheapest models can reduce the sensitivity of the screen. In addition, the glass should be bought only in strict accordance with the smartphone.

Anti-shock film is a compromise between protective film and glass. It has average thickness and strength. Resistant to small and medium scratches. Shock-proof film will cost more than the classic protective, but cheaper glass.

The choice of film / glass depends on the individual preferences of the owner of a smartphone or tablet, as well as the presence of a cover. If the device is protected by a cover, then it is enough to stick a protective or shockproof film on the screen. More durable glass will need a gadget without a cover.

The protective film serves less glass, and therefore, requires frequent replacement (scratched film spoils the look of the device and complicates the work with it).

Glossy – completely transparent and does not reduce the image quality. The disadvantages of a glossy film are weak scratch resistance, the appearance of glare in the sun, marcost (any touch leaves fingerprints), poor sliding of fingers.

Matte (anti-glare) – more scratch-resistant, dispels sun glare, provides a good slip of the fingers and does not leave their marks. On the other hand, a matte film degrades the image quality (screen grit increases) and slightly reduces the sensitivity of the screen.

Mirror – increases the reflectivity of the screen of the smartphone, turning it into a mirror (off), but degrades the image quality. Such a film needs frequent cleaning, since fingerprints are clearly visible on it.

“Brilliant” – film with aluminum particles provides the smartphone screen with a spectacular view, both in bright sun and in low light. This film perfectly hides minor scratches on the display of the gadget.

Private filter film (antispyware) – hides the image on the display from prying eyes, but somewhat reduces the picture quality for the user himself.

Oleophobic – repels fat, improves finger gliding and leaves no fingerprints. This film is easier to clean from dirt. The disadvantage is more expensive than others.

Important: contrary to popular belief that very thick, which means that the most durable films degrade the image, branded products have almost no effect on this parameter. But cheap film can really reduce image quality.

Electrostatic – the film is fixed on the screen using a silicone glueless coating. This allows you to remove, wash and re-stick the film many times. Protective films with electrostatic deposition are most common.

The adhesive backing is a less practical option that loses its qualities after several stripping and putting on the film.

Protective film or glass can be glued on their own at home, and you can seek help from a specialist in the store. In order to properly glue the film or glass, it is advisable to look or read the relevant recommendations on the Internet.

It is believed that glass is easier to glue than a film, since it almost does not bend, but its glue requires more caution, since with strong bending it can crack.

There are protective films on the body of the smartphone or tablet. These films are made of two materials.

Polyurethane is a durable, scratch-resistant material. The case in a polyurethane film is comfortable to hold, and the bubbles caused by careless sticking are smoothed out. Such a film is more difficult to install on the device (a special liquid is required) and with time it turns yellow. Sometimes the paint goes to the film from the cover.

Vinyl – compares favorably with the previous version of the variety of design and texture, simple gluing. Vinyl sticker keeps well on the curves of the case. Such a film should stick carefully, otherwise the bubbles will not be smoothed. An interesting solution would be a model that imitates carbon.

Squeegee – a tool that allows you to put a film on the display without the appearance of air bubbles.

LCD monitor cloth – used to remove particles of dust, dirt, fingerprints, grease from the screen of a smartphone before applying a film. Before the sticker display must be absolutely clean!

Cleaning Sticker – removes residual dust after wiping the screen with a napkin.

It differs from sticking a film by only one point: after combining all the holes, the glass should be put on the screen surface, it is easy to press in the center – and it will stick. If air bubbles remain, they can easily be squeezed out with your fingers.

It is easier to glue the glass than the film. But it costs more, so if you are not confident in your abilities, you should contact any service center or smartphone shop for this service.