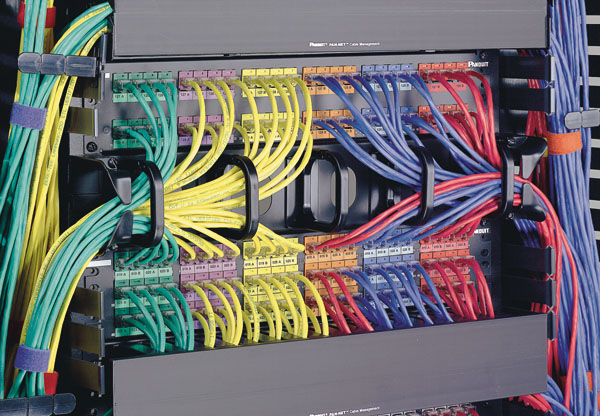 SCS networks is a collection of copper cable and optical fiber, connection elements, cross panels, connectors and information outlets, as well as all types of any other technical and hardware devices and equipment combined into a single structured cable system.

Structured cable system allows you to optimally organize cable infrastructure with the ability to quickly respond to all possible changes in the future without making fundamental changes to the built information network. This leads to minimization of maintenance costs and support the health of the system as a whole.

Composition of the SCS cable system

This system includes copper and optical cables, connecting cords, cross-panels, cable connectors, power sockets and other accessories. All these components are included in the general complex, which is operated according to certain rules.

Nowadays, structured cable systems (SCS) are becoming ever more relevant than ever.
Today, hardly anyone can disagree that without SCS it is inconceivable to build modern high-speed data networks, voice and video information for organizations of any rank – large and small commercial structures, banks, government agencies or industrial enterprises.

The installation of the SCS is carried out in accordance with the requirements of current legislation. It includes telephone networks, local area networks, IP video surveillance and security systems.

All SCS, created by our engineers who meet the following requirements: